New Jersey’s Senate race has been tighter than expected.  Although recent polls by CBS and Quinnipiac show Menendez with a comfortable lead, other outlier polls like one by Stockton University have the race within the margin of error.  Now Bob Hugin is using a new tactic: bringing up Menendez’s severe ethical issues.

Here is the hard hitting ad:

Democrat Senator Claire McCaskill is in trouble after a hidden camera caught her and her staff supporting a ban on all semi-automatic rifles and impeachment.  According to her staff, they have to lie about their support in order to get moderate votes in red leaning Louisiana.  They also said they would lie to voters after she was elected saying that national security issues prevented them from saying they would support impeachment.

“It’s like we have to lie to get elected”

Bill Nelson is another Democrat Senator in trouble.  Nelson sent out an email calling for donations to help Hurricane Michael victims.  But the link in his email goes to Actblue, a liberal Political Action Committee.  Actblue also donates funds to Super PACs which are not legally permitted to coordinate with campaigns or candidates.

Actblue has sent money to several high level Democrats including Elizabeth Warren and Nancy Pelosi.  They have also funded violent Leftist protest groups.  While the funds donated for hurricane relief will likely go to that cause, Nelson’s use of a political PAC to raise funds guarantees that he will get access to their personal information and can solicit further donations or have directed marketing campaigns towards hurricane relief donors.  Nelson did not disclose in his email that Actblue was a political PAC.  He made it sound like they were a charitable relief organization.

Bill Nelson pleads for hurricane relief, directs donors to a liberal PAC instead

CNN isn’t backing off their claim that Michael Cohen can prove Trump complicity with the Trump Tower meeting.  This is despite the fact that Lanny Davis has recanted and backed off of the claim.  We reported earlier after Davis’s under-reported interview with Anderson Cooper that he basically went back on every claim he had previously made.

Davis reiterated to the Washington Post that his own claims were bogus.  But CNN is persisting in reporting that Cohen is ready to dish dirt on Trump.  CNN seems to be going the Dan Rather route of “It’s not proven, but we believe it in our hearts”. Possible things Cohen might know about?  There’s the Trump Tower meeting and potential interference through the DNC server hack, although Lanny Davis has now denied both.  There’s also an old report from the UK Daily Mail back in May that Cohen demanded money from Qatar for Trump.  But so far this seems to be tabloid gossip.

Democrats know impeachment is out of grasp and have stopped running on it.  The economy is too good, and their evidence is too bad to actually think they could get 75 Senators to vote for impeachment.  But Democrats are promising endless probes and investigations if they take control of the House.  According to Bloomberg, Democrats have a long laundry list of taxpayer funded probes to hit Trump with in order to obstruct his agenda.  Still, Trump has weathered investigations through the first two years of his Presidency while still accomplishing major agenda items.  Voters will need to decide in November whether they want massive obstruction in the House or continued progress on the economy.

Speaking of Trump accomplishments, stocks are through the roof again as the US and Mexico get closer to closing a new NAFTA deal.  Trump blew up the old NAFTA deal in an effort to secure something better for the United States.  He has accomplished this and North American trade is back on.  The Mexico NAFTA agreement should also bring Canada back into the mix.  This is a big victory for Trump’s foreign trade policy.

NAFTA 2.0 with Mexico coming back online

Representatives Meadows and Jordan in the House of Representatives have just introduced a resolution to impeach Deputy Attorney General Rod Rosenstein for high crimes and misdemeanors. There are five articles written against Rosenstein.

Article I deals with Rosenstein’s refusal to recuse himself from the Russia investigation or appoint a second special counsel to investigate the conflict of interest and misconduct by the FBI.  Rosenstein was in charge of the FISA application to spy on Carter Page that was based in part on paid opposition research from the Clinton campaign.

Article II covers Rosenstein’s obstruction of justice in refusing to turn over subpoena’d documents and refusal to notify witnesses that Congress was seeking their testimony.  Interestingly, this article also hits Mueller for instructing material witnesses to refuse to provide testimony to Congress.  Congress has oversight over the Justice Department and refusing to comply with their requests amounts to obstruction of justice.

Article III accuses Rosenstein of obstruction of justice by using redaction to hide material evidence from Congress.  These redactions include hiding potentially embarrassing information about the cost of Andrew McCabe’s $70,000 conference table, hiding the relationship between Peter Strzok and FISC Judge Rudolph Contreras, hiding the names of high ranking FBI and Obama administration officials, and other redactions used to hide information from Congress.  Rosenstein’s decision to redact the relationship between Strzok and Contreras is especially important given Strzok’s promise to “stop Trump” and the FISC’s decision to issue a secret warrant based on Clinton’s paid opposition research.

Article IV suggests that Rosenstein used an improper basis to appoint Robert Mueller as special counsel and hid the basis through improper use of redaction.  Rosenstein still refuses to provide Congress with a less redacted version of his scope memo for Robert Mueller.

Article V deals more directly with Rosenstein’s supervisory role in the authorization of FISA searches.  Rosenstein is accused of failing to vet Christopher Steele’s phony dossier and failing to fully notify the FISC of the circumstances surrounding the creation of the dossier.  Article V also hits Rosenstein again for his refusal to appoint a second independent Special Counsel to review wrong doing by the Obama Justice Department and FBI in these matters.

A couple important things to note in the impeachment articles: Robert Mueller is mentioned for compelling witnesses not to testify to Congress.  This could be an issue for the Mueller investigation in the near future.  Strzok’s relationship with Judge Rudolph Contreras could lead to a call for an investigation into the secretive workings of the FISC itself.

You can read the articles of impeachment here.

Rand Paul is expected to ask Trump to revoke former CIA chief John Brennan’s security clearance.  Since leaving the CIA, Brennan has joined up with MSNBC as a political commentator, often hostile to Trump.  Brennan recently accused Trump of treason and said he should be impeached over his press conference with Putin in Helsinki.  Paul suggested that Brennan was using his security clearance to enrich himself by passing state secrets to MSNBC.  Republicans have expressed concern over the extreme partisanship shown by the former CIA director and former FBI director James Comey. 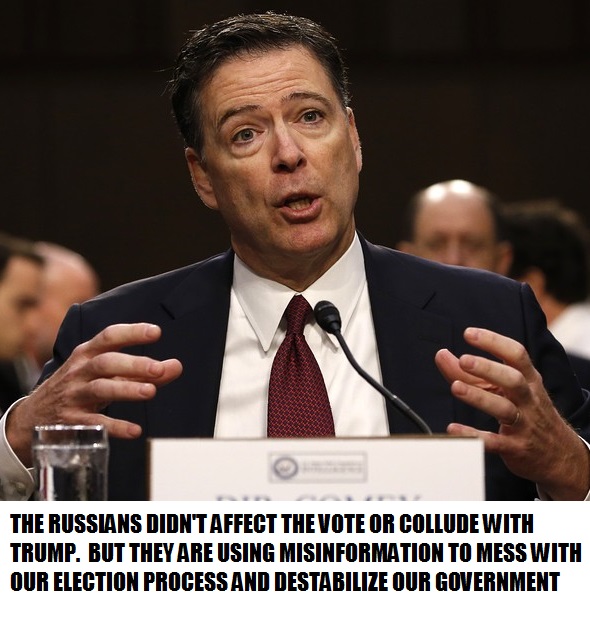 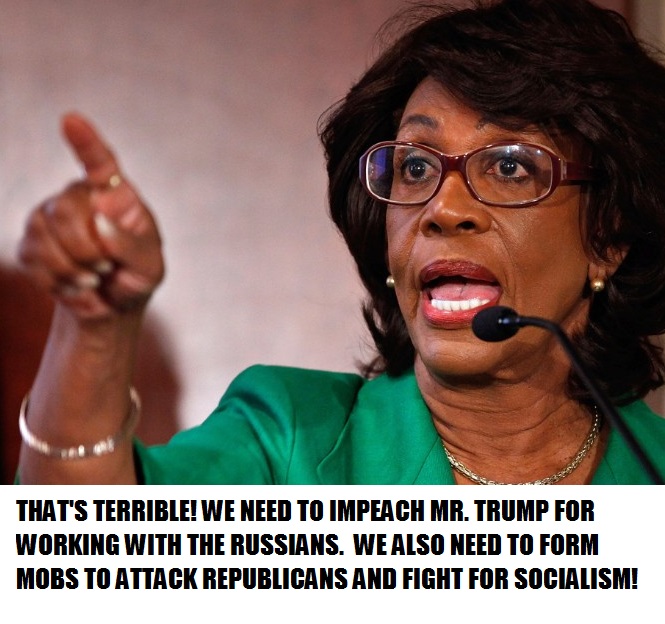 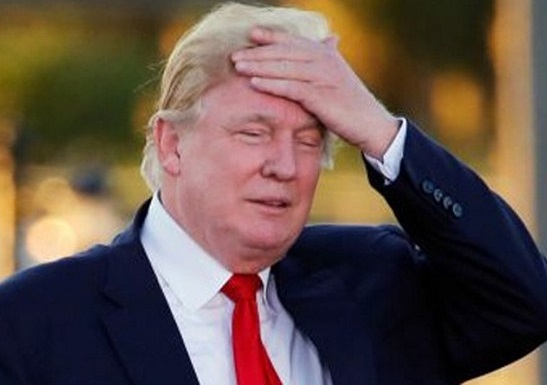 It has been two days since Trump withdrew the US from the Paris Climate Accord, and the temps are on the rise. This month is already predicted to be warmer than May, and next month will be even worse.

There are winners and losers from the US withdrawing from the Paris Climate Accord. As the ACLU pointed out, one big loser is racial justice and communities of color.  They are right. Major Wall Street players have found ways to cash in on global warming, including Disney. But you have to be able to pay if you want to play.

Disney’s “Blizzard Beach Water Park” is an installation that makes millions of dollars a year selling relief from the scorching temperatures. As corporate pollution causes the Earth to heat up and people to die, Disney has developed temporary measures to mitigate the heat for a price.  In addition to “Blizzard Beach Water Park”, which is ironically named after a type of snow storm that will soon be gone from our vocabulary, their other cooling establishment “Typhoon Lagoon” has a bit of a more appropriate name considering the coming climate apocalypse.

So is there a problem with corporate America cashing in on the inevitable end of the planet? There is when Disney decides to target poorer minorities with their pricing schemes.  Disney isn’t the only culprit.  Seeing the writing on the wall, Universal Studios has also sought to cash in on human suffering by building an unaffordable global warming relief establishment.  As if to mock the suffering and dying, Universal Studios has also themed their cooling apparatus and priced the lower classes of society out of admission. Dripping with irony and disgust towards their fellow man, Universal Studios has opted to name their private establishment “Volcano Bay”.  They laugh as the poor melt away.

What can be done when the President has already consigned us to doom by withdrawing from the Paris Climate Accord?  Government funding for pools and parks is abysmal. The government also has refused to provide poor Americans with their own personal pools, opting instead for communal pools in a limited number of neighborhoods.  Rural areas are sure to perish from the heat first.

We produce great daily content, but we are building our base. $5 can help us reach thousands of people across our various platforms.